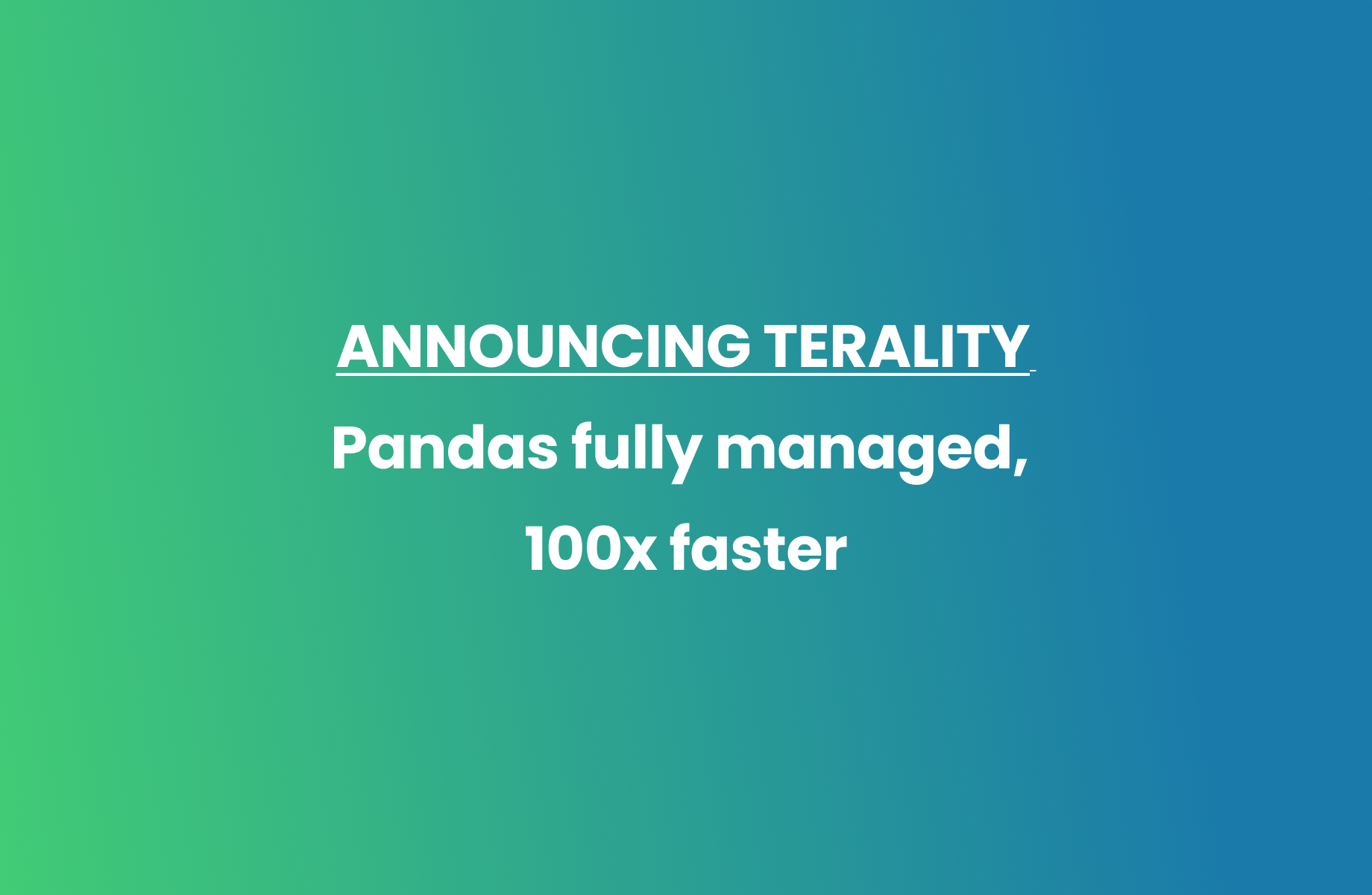 Terality is a distributed data processing engine for Data Scientists to execute all their Pandas code 100 times faster, even on terabytes of data, by only changing one line of code. Terality is hosted, so there is no infrastructure to manage, and memory is virtually unlimited. Data Scientists can be up and running within minutes, even on an existing Pandas codebase.

Pandas does not scale well

When I met with Adrien last year, now my co-founder, he was a Data Scientist. Adrien was very frustrated by one particular thing: executing Pandas code at scale.

He had two main issues:

As a Data Scientist and a developer, Adrien tried to find solutions. Among them:

Coming from there, we talked to 50+ Data Scientists, working in many industries such as software, financial services, logistics or gaming. Adrien and I quickly realized and validated that those issues were commonly shared among them. Starting from a few GB, Data Scientists struggled with Pandas. What’s more, most of the Data Scientists we interviewed were not software engineers, and struggled even more with existing open source solutions or Spark. Actually, Pandas is loved by Data Scientists and they want to stick with the Pandas syntax.

We decided to build the ultimate data processing engine, capable of executing all Pandas functions 100x faster, even terabytes of data, without having to handle any infrastructure, and by only changing one line of code. In the short term, our ambition is to solve all the pain points Data Scientists have with executing Pandas at scale and its alternatives.

We've pushed hard within the last months to release a first version of Terality which already provides value to Data Scientists. Here are the first benefits we observed with our first beta testers:

What’s next for Terality? Private beta.

Today, we are starting to accept teams and companies to our private beta. If you are interested in joining early and influencing the direction of Terality, sign up here and follow us on Twitter and Linkedin.